I am delighted by this bounding man of energy and passion for his craft as Head Chef of Rhino Ridge Safari Lodge. With an impressive background in catering for some of the most luxurious lodges in Africa, from Cape Town to the Ngorongoro Crater to Madikwe, Chef Jarred could not resist the pull of managing his own kitchen in a brand new luxury lodge in beautiful Hluhluwe. When his agent presented him with the offer, he immediately went onto Tripadvisor to check out the reviews of the other Isibindi Africa Lodges. “The reviews all raved about the meals and I realized that these people are serious about offering good quality food experiences.” The other aspect which attracted this experienced chef was the focus on staff development, which he explains adds a highly rewarding dimension to the work of a chef. “The staff here are so welcoming and I felt included from the get go” he remembers. “They are eager to learn and improve themselves” and he has loved seeing the progression in standards before the lodge opened only a few months ago. “I would love to step back someday and see someone having created their own dish – that would be such a proud moment for me.” 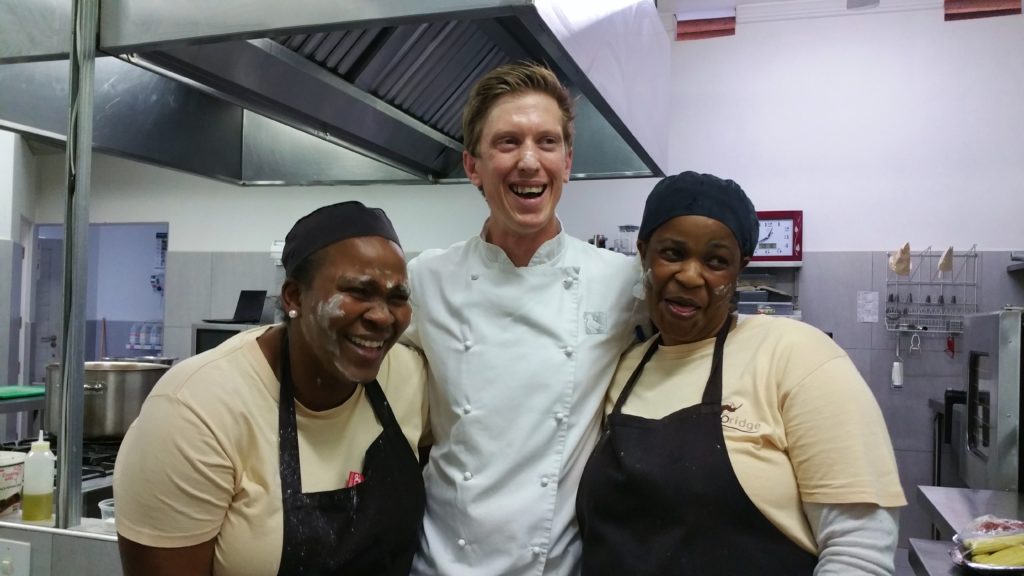 And his own influences? It may not surprise you to hear that once again a dedicated mother is behind this man’s success. Chef Jarred was raised by a single parent, as his Dad left while he was still young. “My mother provided everything for me” he explains, grateful for her support and investment in his upbringing. And his love of food? “Ooooh!” he remembers “Gran’s mac ‘n cheese with bacon bits and ratatouille. In fact, both my grans loved cooking and food was a big part of our lives. I had what I called Big Gran and Little Gran.” Big Gran of mac ‘n cheese fame introduced him to hearty cooking, while Little Gran was an avid baker and made heavenly peanut butter granola bars. I am temporarily distracted by picturing the two different sized grans and wondering if this was in any way related to their food interests. I wonder if their amazing-sounding food will be on the menu this week at Rhino Ridge.

I focus back in on Chef Jarred and ask about his study background – he initially followed a career in 3D Design and Modeling, but found himself always cooking for friends and family. “Even when I was studying, my house became a hub because we loved food.” My becoming involved in food finally became clear to me as a natural progression of my love of art. Chef Jarred trained at Winchester Mansions before moving to Le Colombe for a few years. He enjoyed bringing his new ideas home to his fellow students and family members. 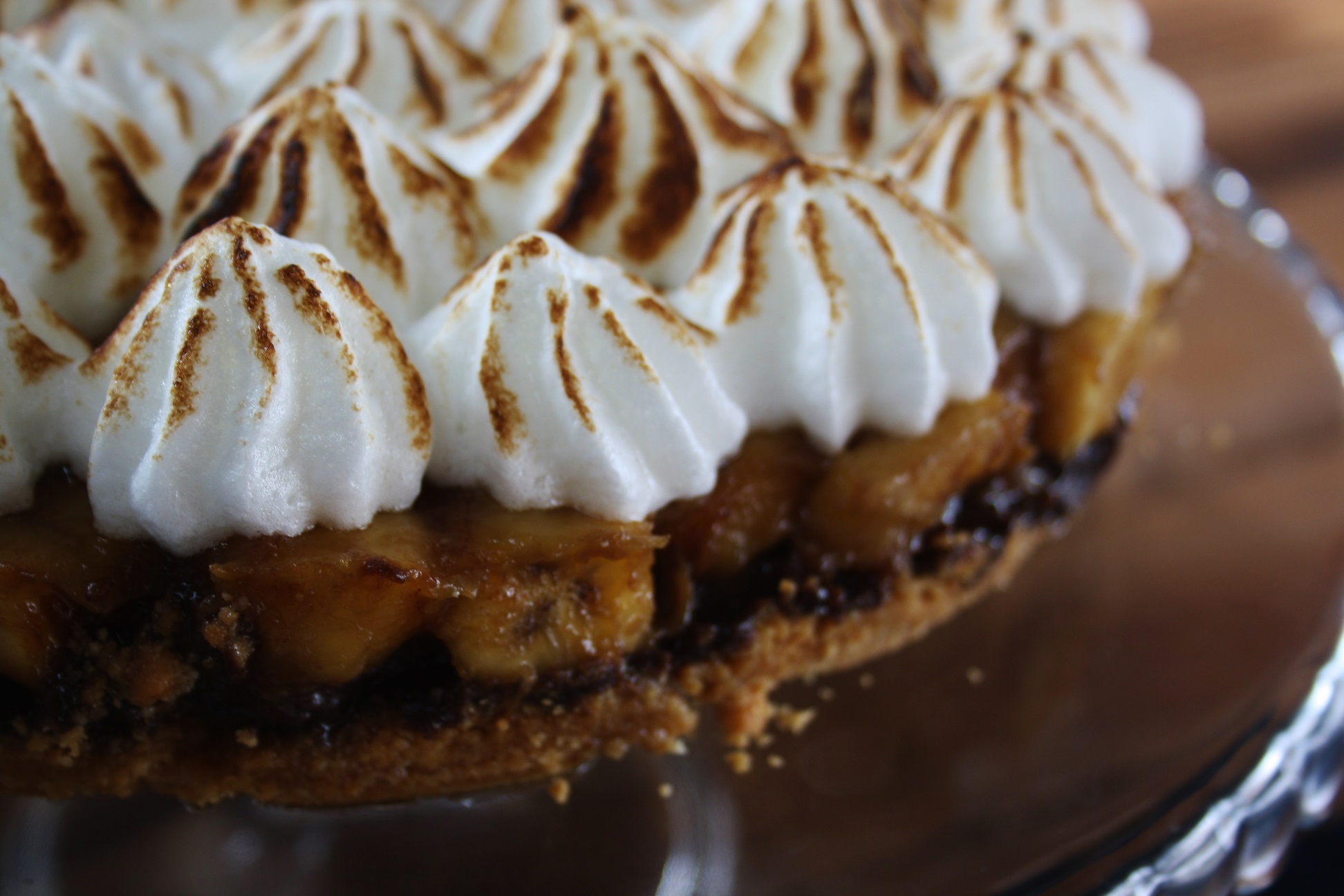 Jarred’s Banoffee Pie will pull you away from the view

I ask about what he would cook for a favourite group of friends if they went off together on a holiday now. He answers without hesitation – he would braai lamb chops over an open fire, and serve these along with slow fire-roasted onions, wrapped in foil until they caramelize. He adds grilled corn on the cob to his menu. He can’t wait for the new boma to be completed at the lodge, where he will serve such meals under open African skies, seated around a big central fire pit.

“It is a proud moment when you can touch someone with your food” he sighs “and this is what drives me to showcase the best of our local ingredients which are so plentiful in our country.” I swallow several times and wonder if I may put in a request for all of the above speciality treats which Chef Jarred talks about with such joy and dedication. 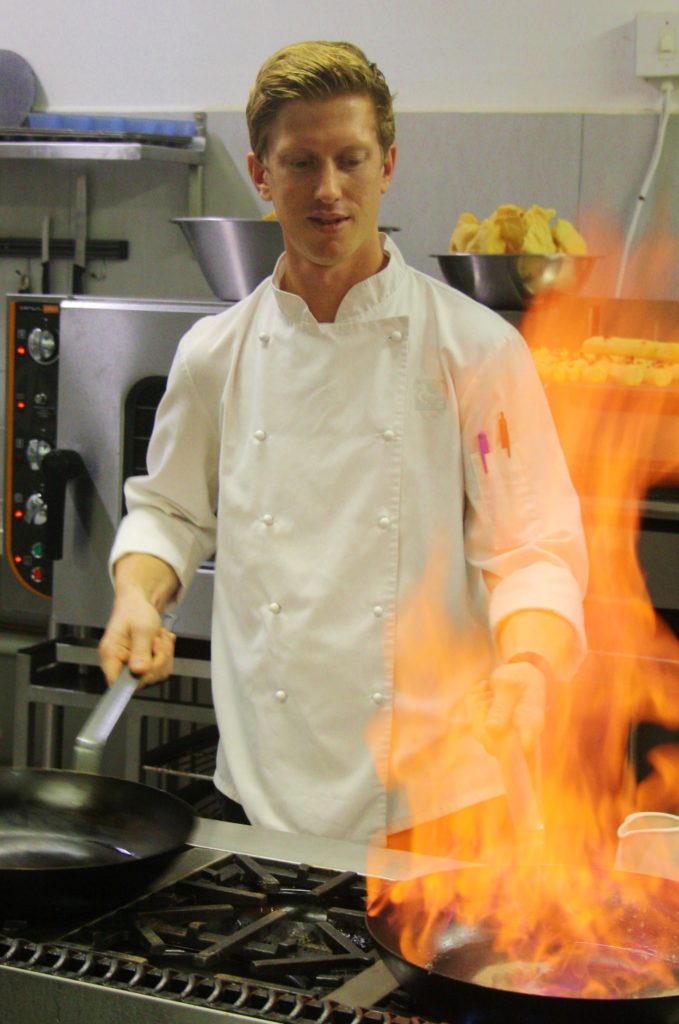