Taking a contemplative approach to your safari photography March 14, 2017

There’s nothing quite like being out on an open game vehicle in the African bushveld, a red sun rising, camera ready and every sense alert at the thrill of what you might encounter. Here are some creative practical exercises that you can try while out on safari to adopt a more contemplative approach to your wildlife photography. 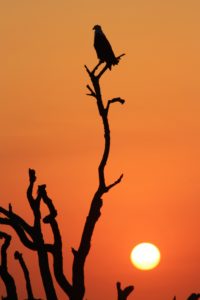 Many of us start out on safari with a greedy, grabby approach to ‘getting that shot’. Gently transition from that hectic pace of your usual life and let the rhythm of Africa work on your soul. You will feel the qualitative shift inside you and in the quality of your images as you become increasingly still and connected. Pause to become appreciative of the privilege of being outside under open skies.

Adopting a contemplative approach to wildlife photography can enhance your experience and sharpen your awareness to engage more deeply with your context. Here are some mindfulness strategies to assist you in finding this elusive stillness: 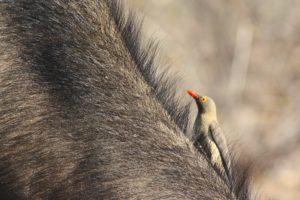 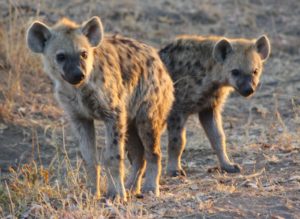 Much of visual art is about capturing that elusive phenomenon of light. A photograph of even a close sighting of big game may look flat if the lighting is dull, whereas a well-lit image pops out of the page or screen. Fortunately, most safari outings take place during the hours of golden light – the early hours of the day and the late afternoon or early evening, when animals are most active during the change of shifts between nocturnal, diurnal and crepuscular (active mainly at dawn and dusk) beasties. 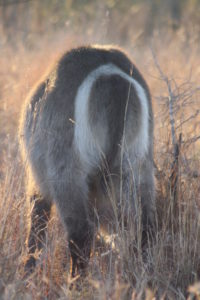 Here are some practical steps to try out during this exercise of ‘following the golden light’: 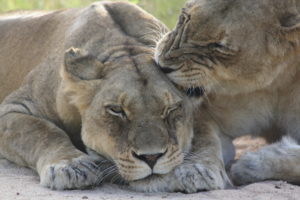 Spend time enjoying watching animals interact and try to capture some of these fascinating exchanges – a mother cuddling a baby, toddlers playing or teenagers fighting, siblings cleaning one another or a bird displaying it’s feathers to attract a mate. 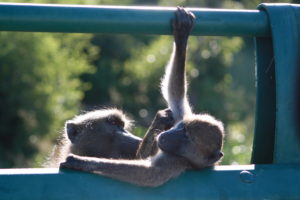 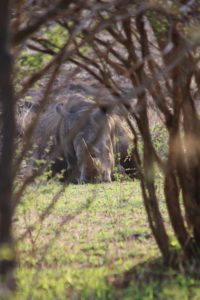 When you start out on a photography safari, you may find yourself initially taking a picture of a whole animal in the middle of the frame. If you have the time, allow yourself to become more creative and experimental using these ideas: 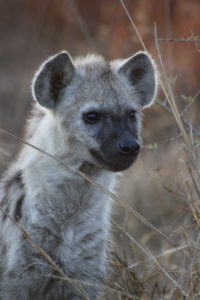 Exercise 5: Zoom in on Detail and Texture 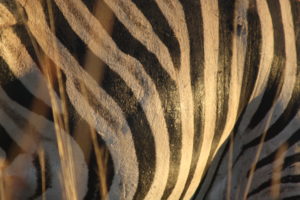 Use your camera to get closer to the animals and plants you encounter, by zooming in on detail. Remember that you don’t need to always get the whole animal or plant in one shot. Try to focus in on the eye of a rhino, the foot of an elephant, the padded underside of the paw of a hyena, or the antennae of a butterfly using some of these ideas: 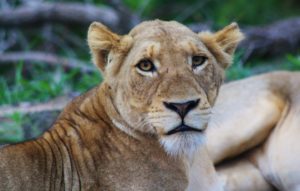 Look at this living pelt – image by Berenice Meintjes

In most wildlife photography, and certainly in contemplative photography, we don’t ‘create’ these complementary aspects – we simply try to become more aware of every aspect of our environment to be surprised by what we discover when we really see and engage with our natural world. I was once on an outing with someone who wanted to create a specific shot of a Springbok jumping in the air. Needless to say it was a frustrating time. However we all do this to some extent when on a photography safari – we wish for that image of a male lion marking its territory at dawn, the perfect shot of a giraffe drinking water or an elephant lumbering down the road in front of a rising sun. I have wasted many a morning being bitterly disappointed that it is grey and overcast when I had imagined capturing the perfect sunrise as I set out on a game drive.

Much of this is a social drive – we imagine posting an image on social media and we think about who will say what. Try to let go of your audience expectations and own anticipatory responses.

It is more enjoyable to let go of the predetermined image of what we would like to capture and gratefully accept the unique experiences being offered to us in this moment. No two moments in the bush are ever alike and this particular moment being granted to you will never be the same ever again. Be awake to the extraordinary loveliness of the ordinary and try to open your mind in an attitude of serendipity and wonder of what might appear next. Above all, have fun with your photography and remember that for many of us it is a hobby and time to play. 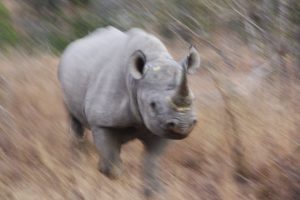