Head Ranger Jason Kipling from Rhino Ridge Safari Lodge in Hluhluwe-iMfolozi Game Reserve shares a dramatic week of sightings. All photographs, including the feature photograph above are by Jason.

Well, its Easter holidays and the animals have certainly been playing ball! The last week’s sightings have been some of the best of my career and so I have decided to keep the words to a minimum and let the pictures do the talking.

In a nutshell, we where spoilt rotten by wild dogs and lions.

On 2 separate occasions we got to spend time with the “cross roads” pack of 16 African wild dogs. The alpha female is showing signs of pregnancy. Hopefully because she is hanging around the area she will go to ground soon and give birth to her new pups and strengthen the pack further. The most recent sighting was on Easter morning when the pack woke us up with a Nyala kill right in front of camp!! After a good meal they headed to the mud wallows and spent a good hour playing and tormenting other visitors looking for water, such as Rhino and Buffalo! It was amazing to watch these interactions between species and it even seemed as though the young rhino bull was quite enjoying himself, often going to the dogs and having a bit of a run around with them!

And then the lions! First we came across 2 young males that have very recently become independent, perhaps too early because of the death of their mother, who was very old and very sick. The males where sleeping in a tree!

That afternoon we came across partial members of what is known as the corridor pride (18+ lions when they are all together) also sleeping in a Marula tree! Now this seems to be a common occurrence here in the park. The question is why? Possibly just to have a better view over the dense bush or maybe even because of the abundance of ticks? What ever the reason it is a spectacular sighting!

Well Folks, that’s all the talking I’m going to do for now, please enjoy the pictures. 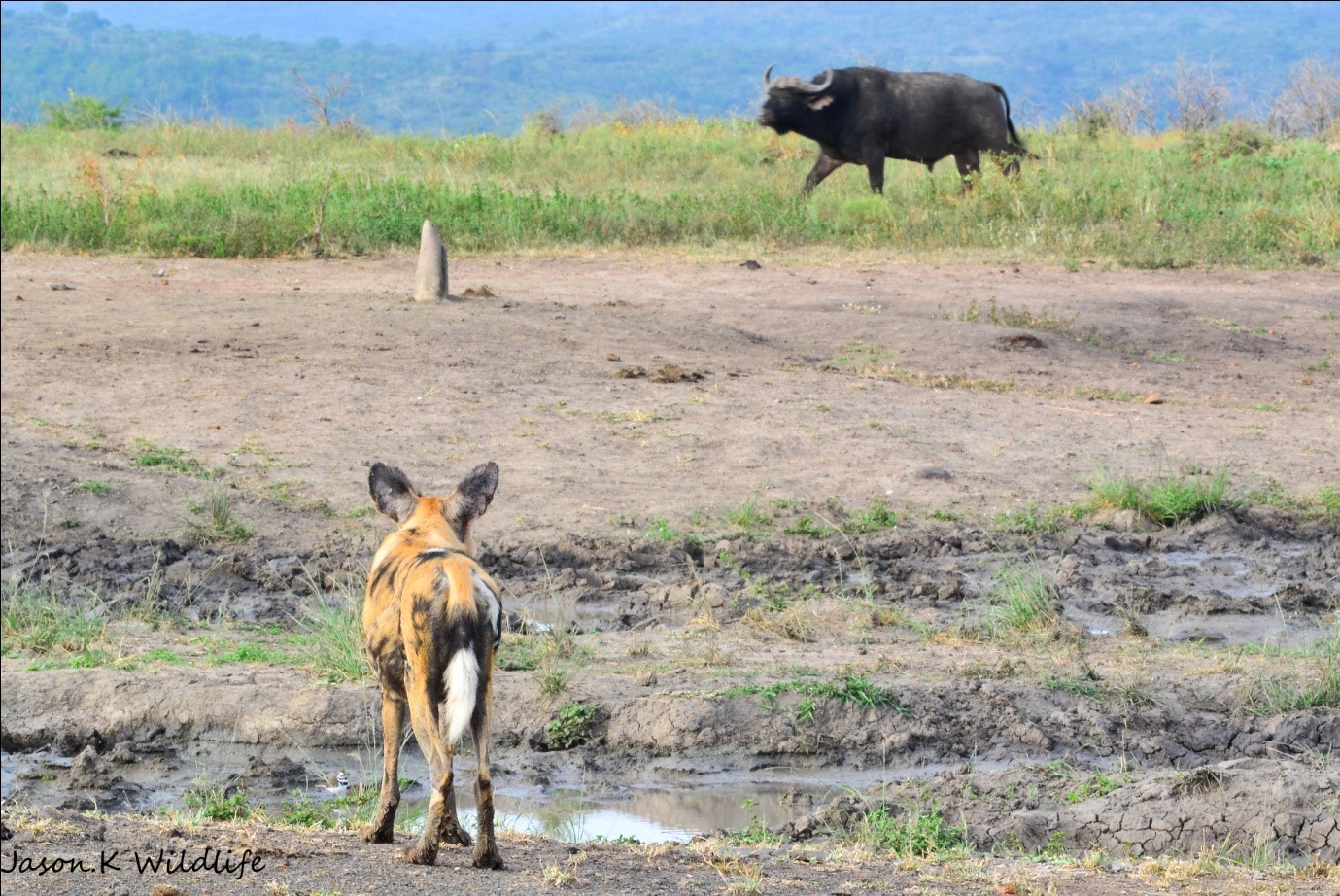 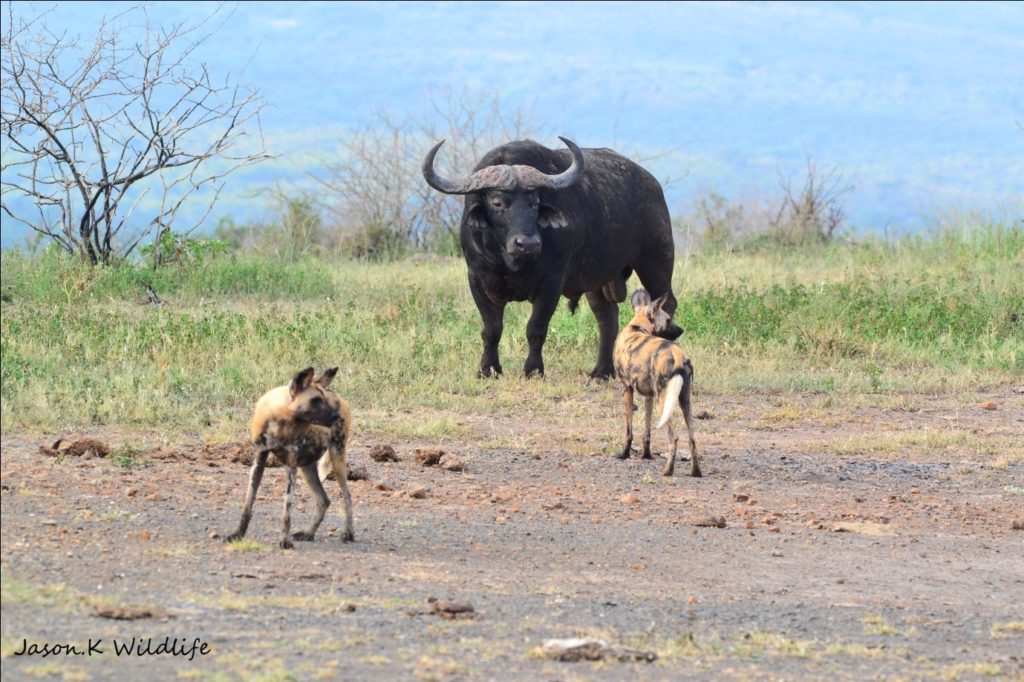 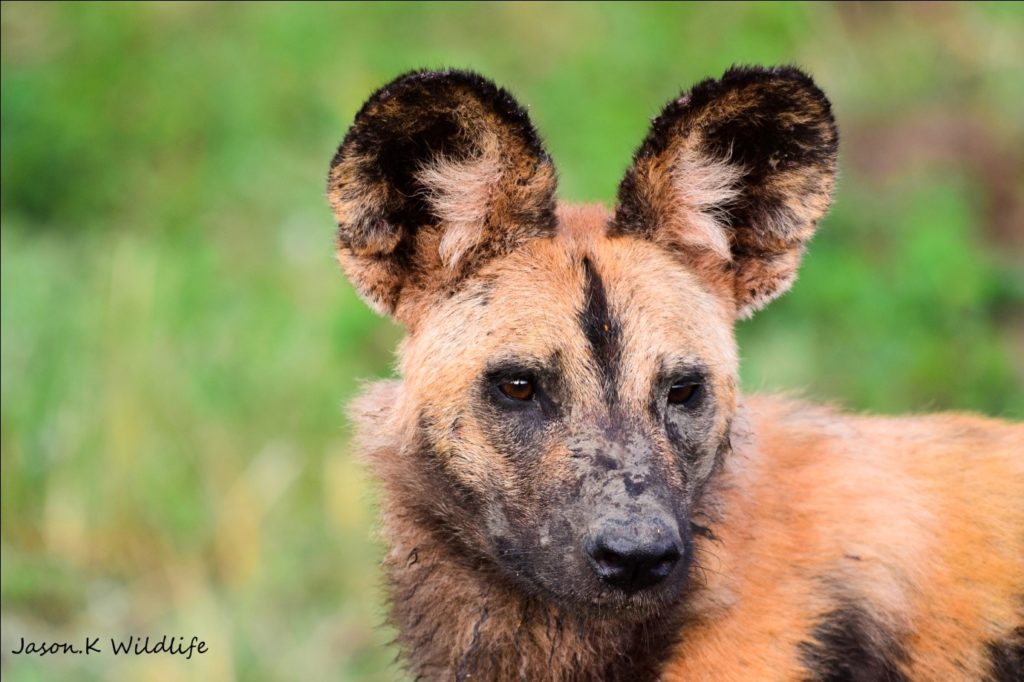 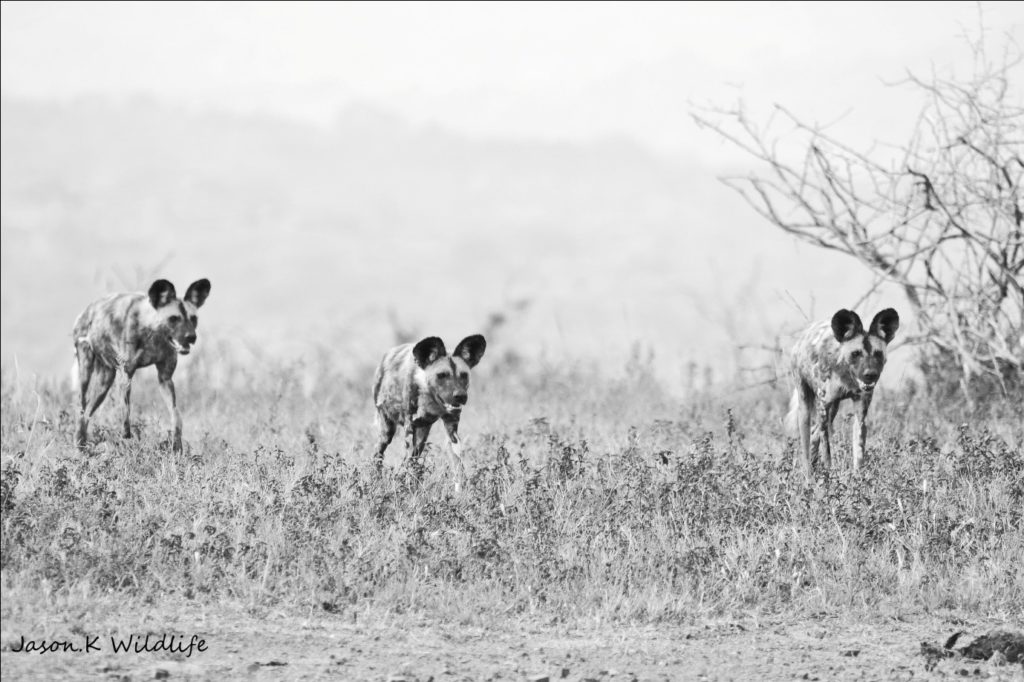 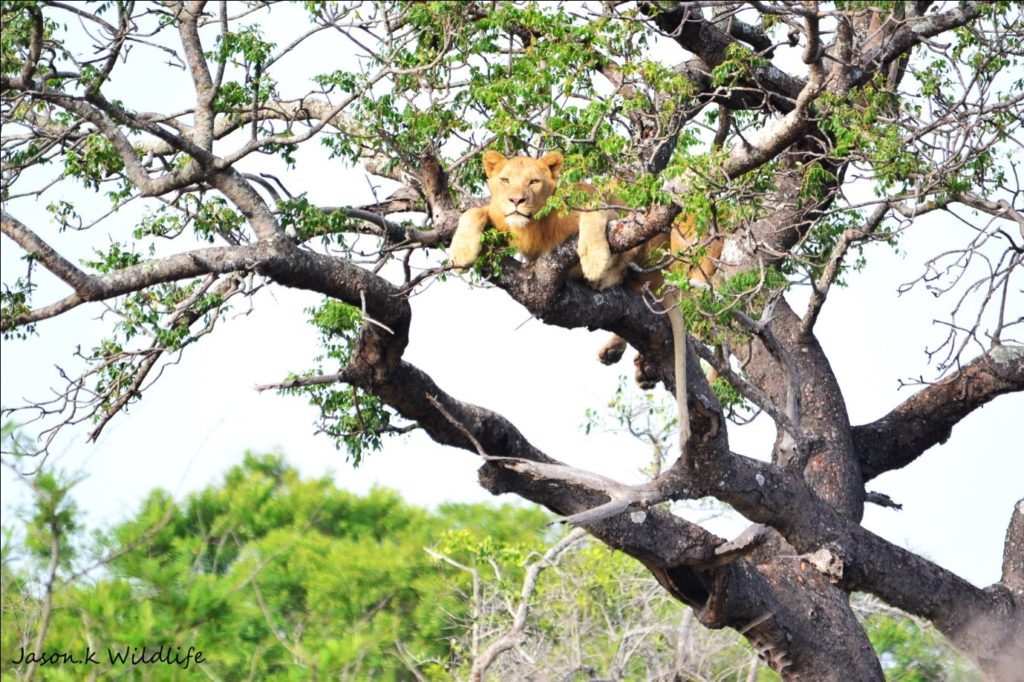 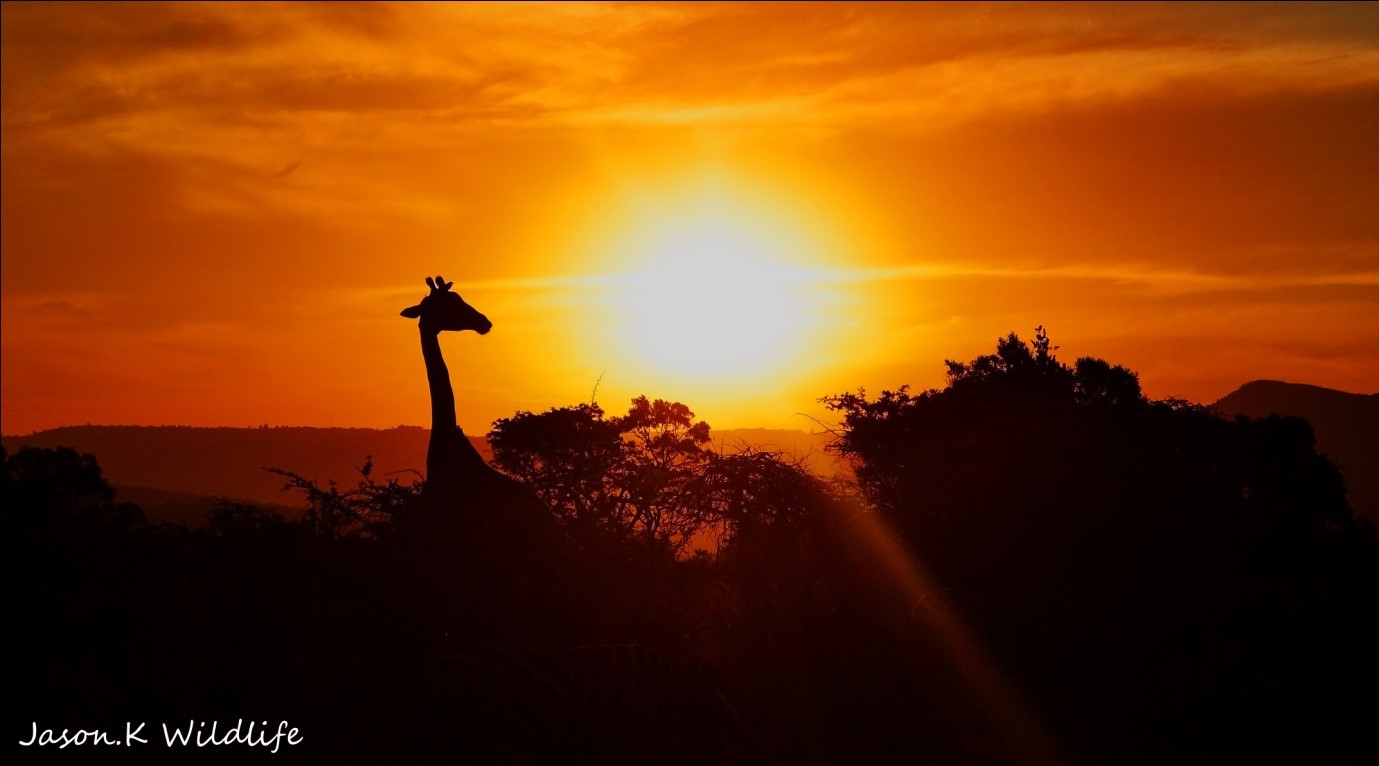